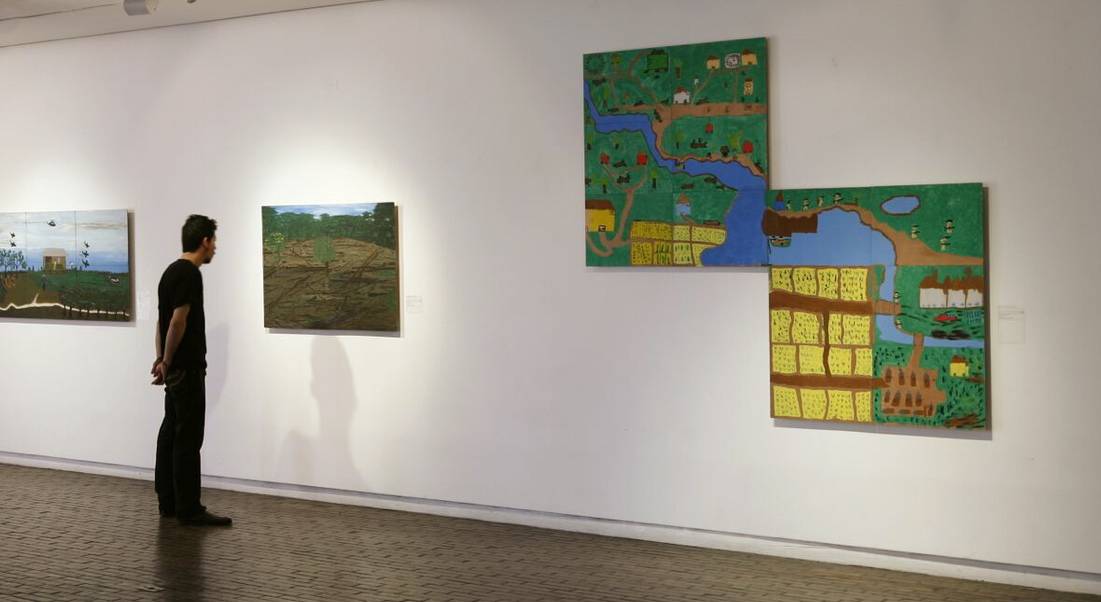 Dedicated to all the ex-combatants that voluntarily participated in the workshops for two years, and allowed us to build this historical memory project.

From 2007 to 2009, with the support of the Fundación Puntos de Encuentro, Juan Manuel Echavarría, Fernando Grisalez and Noel Palacios organized four painting workshops with ex-combatants of the United Self-Defense Forces of Colombia (AUC), the Revolutionary Armed Forces of Colombia—People’s Army (FARC-EP), wounded soldiers of the Colombian Army, and Demobilized Women of the FARC-EP. The goal was not to teach them how to paint but to create a space for dialogue and trust that would give them the confidence to reveal their personal war stories.

To listen and to be heard transformed us all. Some were able to unearth their difficult and moving experiences—stories they had buried to forget their past. For others, this basic exercise became a powerful tool that helped process emotions.

In the workshops, the ex-combatants managed to discuss and communicate the unspeakable. They painted their own truths without having been taught how to paint. The wooden panels (19.5 by 13.5 inches)—plus vinyl paints, brushes, pencils and erasers—became the tools to transform and reconfigure their memories. The ex-combatants’ paintings serve as witnesses—as new spaces that house an endless series of stories intertwined with each other.

Today there is an archive of more than 480 paintings providing multiple points of view on the armed conflict in Colombia. The contribution of their stories has allowed us to understand and reflect on the reality of the Colombian countryside, the lives of the campesinos and the suffering they have endured.